What do the bees eat when the manuka is finished? 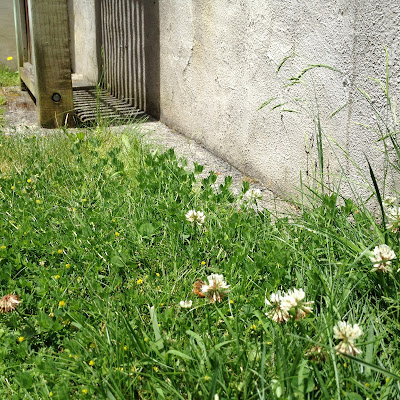 This has been a terrible year for manuka. All over NZ it seems, the manuka flowering never really got going. And just like that - a whole honey season is done!

So, what do bees eat when the manuka is finished?

Well, it turns out that even though manuka honey is the prized honey, the bees are just so-so about manuka nectar. They'll go to manuka if they have to, but given the choice they'll go somewhere else first.

Good beekeepers have a few tricks up their sleeves to encourage bees to go to manuka flowers. If you'd like to learn what these are, check out Module 5: A Good Apiary Site, which will show you the secret tricks to placing your hives, as well as all the things you need to know to ensure your hives are healthy.

But back to the question: What do the bees eat next?

One of the big food sources right now is clover. And the bees just love clover.

Clover is one of the legume family. It has nodules that fix nitrogen in the soil. And nitrogen is an important fertiliser. So getting your clover to produce well is a very cheap form of natural fertiliser.

Clover is an important food crop for grazing animals - think cows and beef. And the big benefit of bees on clover is that they pollinate the flowers. So the next year the clover reseeds more abundantly.

So here we have it - a win win - the bees love clover, and the clover loves bees.

Clover honey is not a pricey as manuka honey, but the bees need to stay alive too. Ready for next season.

Email ThisBlogThis!Share to TwitterShare to FacebookShare to Pinterest
Labels: Plants for Bees 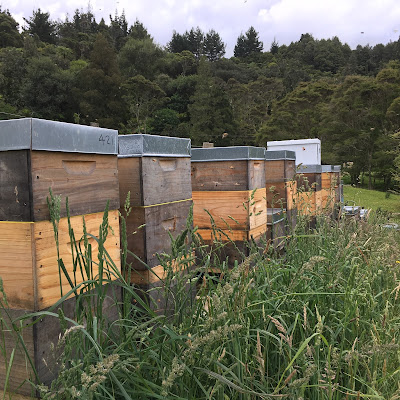 New Zealand is not the only country that grows manuka. Australia does too.

And what's more, Australia manuka honey is antibacterial too. Just as good, maybe better, depending on who you talk to (um, that would be a NZer or an Australian).

Check out this report on the good qualities of Australian honey.

But all good, right? The world needs all the natural antibacterial products it can find?

Well, you would think so. And by the looks of all the celebrity endorsement, even the normal properties of manuka honey are useful too. Try googling say Kardashian and manuka and see the face mask recipes that pop up.

But trouble is brewing. After all, 'manuka' is a maori word. So...should the Australians be allowed to call their leptospermum honey manuka?

Well, you pick. But my take on it is that it's still the same excellent honey. And it is the healthy and medical benefits that are important. Especially as other chemical antibacterials are struggling.

So why not share the love around? It seems there is plenty of room for all. Especially if you look at news like this Manuka Fraud. Which would imply that the demand is far greater than NZ's ability to produce.

And all honey industries have their own challenges. Here in NZ we've had an appalling season, honey production-wise. And on top of that have had honey rejected in the UK, and China has increased their scrutiny and requirements for imports. All of which is making it a very skinny year for beekeepers this year.

But this article would suggest that Australia has it's own challenges.

So maybe we should start working together and aim to create a win win situation?

Well, that's my tuppence worth. What do you think?

If you would like to try growing your own manuka trees, check out the free Pictorial Step-by-Step Guide to Growing Manuka from Seeds.

6 Mistakes I've made with my manuka seedlings (and are you making them too?) 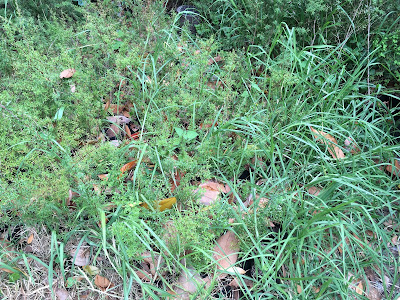 I've made about 2000 manuka seedlings in the last couple of years. Purely in the interests of science and experimentation of course. I don't actually have anywhere to plant them.

And they have been growing pretty well too. But 2 years on, some of them are taller than me.

And the flaws in the system are starting to show.

So, what mistakes have I made? (and are you making these mistakes too?). Here they are: 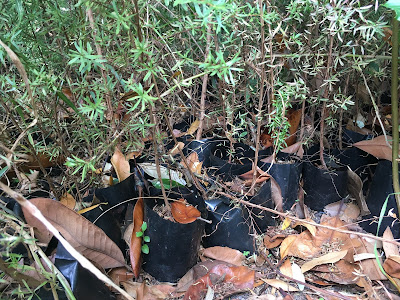 1. I put all the plant bags straight on the bare earth

So all the roots have gone out the bottom of the bags and into the earth. And when I go to pot them up, it's quite a mission.

Such a mission, that some of them do not like their roots being disturbed, and they keel over. They are firmly attached to the soil underneath, and won't let go, and I end up breaking their long tap roots.

2. I haven't potted up soon enough

This is partly the reason for issue number 1. These trees are getting quite big, and should really have been potted up much earlier.

3. I've not been that diligent with weeding

So all the couch grass and convolvulus have grown over the pots.

Sometimes the grass grows up through the bags, and when I lift them the plants definitely do not like it. 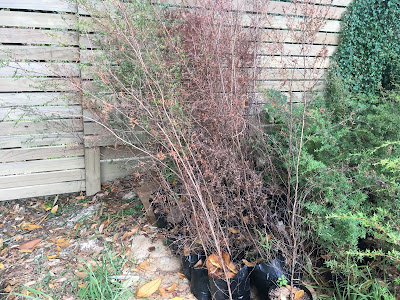 4. I've not been diligent enough with watering

Eek! This is the hospital quarters. NOT ENOUGH WATER!

Also, problem 1, their roots were disturbed when I potted them up, and they never really recovered.

There's not all that many, compared to the 2000 originals, but these are the big ones, and every death is traumatic. 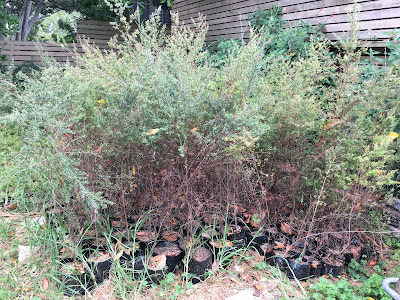 I'm a bit short of space in my backyard, so these ones at the front (which are the tall ones) get all the hot hot sun.

Which contributes to problem 4, and means I need to water them every day.

And just to show you can't win either way, some of the seedlings behind these tall ones, are under a big dense magnolia tree. Lots of shade, but they weren't getting wet when it rained.

Which would have been alright if I had watered them, right?

All of these problems really come down to one thing - I should have planted them out when they were no more than a year old. Sure, some would have died out in the field, but they would all have had a much better chance at surviving than left to my neglect.

So, if you think you are in danger of doing some of these things, here are some tips: 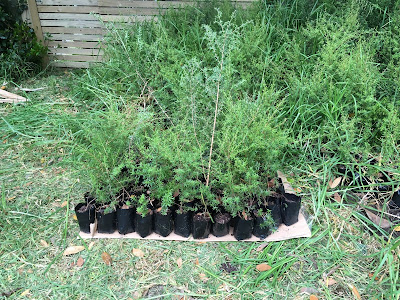 If you are only in the 'thinking about getting started' stage with your manuka seedlings, and wondering how to sow them from seeds, get your free Pictorial Guide to Growing Manuka Trees from Seeds here.

And if you'd like more information on all aspects of growing and planting manuka trees, check out the DIY Manuka Forestry Courses.