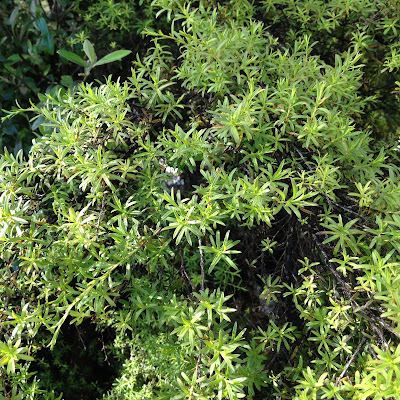 Do we need to start eeking? Will myrtle rust wipe out the manuka honey industry? Is this the end?

You have probably heard by now, that myrtle rust has been found in a nursery in Northland.

This article in the Herald is one of the better ones.

But if you have been out of touch lately, the basic facts are:

2. It attacks plants in the myrtaceae family, which include manuka and kanuka, myrtles (unsurprisingly), feijoas, rata, pohutukawa, eucalyptus, and more.

3. NZ has not had this pathogen to date. Although in March it was discovered at Raoul Island. It has always been a ticking time bomb though, just a matter of time.

4. Australia first found myrtle rust in 2010 in NSW. And since then it has spread north and south, as far as Tasmania.

How does myrtle rust spread?

It spreads really easily. They think this one has come on the wind from Australia.

But it can also be transferred by insects - that might be bees - and birds, and humans, and equipment, and other plant material.

Basically, once you have it, there's no getting rid of it.

What does myrtle rust do?

It thrives in warmer climates, so Northland and Auckland and coastal North Island are most at risk.

There is no known method of controlling the disease in the wild. You can apply fungicide in small areas (like in the nursery where it was found), but hard to fungicide a whole forest.

Do we need to panic?

Well, possibly, but possibly not.

It attacks different species with different severity. In Australia, it took 3-5 years (so, just a year or 2 ago then) before the leptospermum / manuka showed signs of being affected. And so far, they are not being wiped out.

But...one method of its spread is by insects. And, even worse, bees apparently are attracted to the fungal spores and collect them in the same way they collect pollen. So an excellent way to spread the disease then?

And, our weather is pretty good for its thriving - the rust that is.

But, manuka is pretty hardy too. And maybe if the leaves suffer the flowers won't? Who knows? Well, we will, in 3-5 years, I guess.

And, the scientists don't know how it is going to affect our manuka, as they couldn't do any tests (probably at risk of actually spreading the disease?).

So maybe it is OK, but maybe not.

Always a good plan not to have all your eggs in one basket though, as also shown by this year's terrible manuka flowering. So maybe we all need to diversify, in the interests of survival?